Back to all posts

Warning to dog owners in Carlisle

A Vet has urged dog owners and walkers to be  vigilant after treating a dog who had become unwell after eating from a bag of rotten meat.
With reports of similar events happening in recent days.

A vet at Border Vets in Longtown and Eden Veterinary Practice in Carlisle, has spoken out after carrying out an emergency procedure on a dog last Sunday.

She has since become more concerned as reports of identical cases have surfaced on social media.

They don’t want to scare people, but they wanted to make people aware that this is happening.

The owner of the dog treated at the vets explained that she found her Labrador George had eaten from a bag of rotten meat after darting away from her while on a walk.

She phoned her son and he warned her that other similar stories had been circulating on social media.

She called the emergency vet and took him there straight away. The vet gave him an injection to make him vomit

The police were contacted but they said they couldn't do anything.

A Cumbria Police spokeswoman said:
“We have been contacted by people asking for advice on this matter and we have received at least one call raising concerns that a dog may have eaten decomposed meat.

However, we can confirm there have been no calls to police to say that a dog has died or fallen ill as a direct result of eating poisoned meat in city parks. There has been no confirmation that poison has been placed anywhere.

A Cotehill resident had an similar experience on Saturday afternoon.

Taking his Labrador, Belle, for a walk through the nearby High Stand woods her owner was concerned to discover Belle returning to him with a plastic bag in her mouth containing cubes of chicken.

Belle was taken straight to the vets and they made her vomit. Thankfully, Belle appears not to have suffered any lasting effects.

The similarity to other cases makes it more possible that is 100 per cent deliberate.

If your dog becomes unwell after a walk or you think they may have been poisoned take them to your vet straight away. Call them beforehand if possible so they are waiting your arrival.

Also report to the police on 101

Photo: George, who became unwell after eating from a bag of rotten meat near Rickerby Park, Carlisle (Cumberland news) 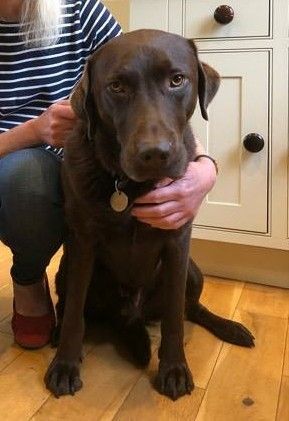